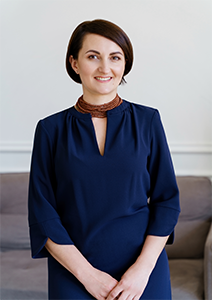 The Verkhovna Rada adopted and the President signed Law No. 1539-IX, which launches the so-called tax amnesty. The tax amnesty has several goals. The first is to attract a refund to the budget of Ukraine. And the second is to enable the population to “reset to zero” before the next stage of income control through indirect methods. These are the goals that government officials have announced.

Business people and other wealthy Ukrainians are considering the possibilities of the proposed tax amnesty as a way to fix the size of their assets at a given moment to move on in the process of investing or accumulating. In light of global transparency and the fight against tax evasion, tax indulgence seems to be a very attractive document for cooperation with banks and financial and investment companies.

The State Tax Service has published an information brochure that answers the most common questions regarding the possibilities of a one-time (special) declaration. We checked these issues a little more broadly from the standpoint of possible risks and potential opportunities.

This special declaration is a voluntary procedure, and there are no penalties for failure to submit. However, due to the planned introduction of indirect methods of income control (i.e., income assessment based on expenses incurred by the taxpayer), in the future, the absence of previously declared income and assets may play against the taxpayer. To decide whether or not to use the proposed one-time share, it is important to preliminary comparatively assess the volume of declared personal income for the last 10-15 years and the actual volume of assets owned by the declarant. If the volume of previously declared income is significantly lower than the value of assets, then it is advisable to consider the possibility of a one-time special declaration.

The declaration campaign starts on September 1, 2021, and is valid until September 1, 2022. During this period, citizens of Ukraine and foreigners who received the assets were tax residents, payers of taxes in Ukraine can submit a special tax return. This opportunity does not apply to current or previously appointed civil servants, deputies, members of their families, and those individuals who, from January 1, 2005, fall under the requirement to declare income under anti-corruption legislation. Also, the “amnesty” will not be able to use minors, minor children, persons with limited legal capacity, and under-sanctioned citizens.

What can be amnestied and for how much?

Amnesty is subject to income and assets acquired in any period before January 1, 2021, with funds not previously declared under tax or foreign exchange legislation. Given the statute of limitations for criminal offenses, the asset accumulation period should cover the last 15 years.

Assets are monetary funds, property and property rights of declarants of individuals – i.e., citizens of Ukraine and foreigners who lived in Ukraine and, accordingly, were tax residents of Ukraine at the time of the acquisition of assets.

The assets declarant received as a result of crimes not related to taxation, currency, or antimonopoly (protection of economic competition) legislation – theft, malfeasance, terrorism, and others cannot be declared.

Funds in hryvnia or foreign currency shall be deposited in accounts with Ukrainian or foreign banks. Cash can be declared only after transfer to non-cash form. Thus, it is not possible to declare “for the future” – the declarant must confirm the actual availability of the declared funds.

Funds can be deposited in a special bank account with a Ukrainian bank. The tax rate, in this case, will be 5%. If the funds remain in accounts abroad or on other accounts of the declarant, the tax rate will be 9% (or 7% if the declaration is filed before March 1, 2022).

By its Resolution No. 83 of August 5, 2021, the National Bank has already determined the procedure for opening and maintaining current accounts with a unique mode of use for one-time (special) voluntary declaration. So, before opening an account and depositing funds, the bank must carry out a proper check of the declarant under the Law on Financial Monitoring. The main nuance is that the bank must establish the sources of origin of the funds to be declared only after they are credited to the special account of the declarant. And based on the results of such a study, one must take appropriate measures, as prescribed by the  Law on Financial Monitoring. Consequently, the declarant remains at risk of blocking the account and the declared funds under the financial monitoring legislation. And it is difficult to imagine how weighty the declarant’s motives must be to accept such a risk – blocking assets for an indefinite period.

The Law also includes contributions to credit unions, bank metals, commemorative banknotes and coins, electronic money, and claims rights to monetary funds. Since the law refers to tax and currency legislation, it is assumed that funds in foreign accounts opened before 2019 without obtaining individual licenses can also be amnestied. This is worth considering for those who use accounts opened in the pre-BEPS period.

The rights of claim, for example, to an individual, must be notarized, and to a bank or other financial institution or legal entity – a written form is sufficient. This is good news for those who have “stuck” funds in liquidated Latvian banks and managed to arrange the transfer of such rights of claim to beneficial owners and individuals. Such foreign assets can be declared by paying a reduced fee rate for a one-time (special) voluntary declaration of 9% (and in the period before March 1, 2022 – 7%) instead of personal income tax of 18% + 1.5% of the military tax and not to fear persecution in the future on the allegations of tax evasion, violations of currency or antimonopoly laws. However, there is also a risk: having received information on non-resident companies that have ceded the rights of claim to beneficiaries, the tax department can initiate an audit of the counterparties of such a non-resident with regard to compliance with the transfer pricing legislation or the legality of applying a reduced tax rate on repatriation, taking into account the Ukrainian “beneficiary”.

If the undeclared savings are insignificant, do not exceed UAH 400 thousand in total, then they do not need to be declared – the Law retains the right of taxpayers to have an “unconditional” undeclared income, as well as some property.

Property that, on the date of completion of the declaring campaign, is owned by the declarant (including joint ownership), is not subject to declaration, regardless of the availability of sources of income confirming their acquisition, in particular:

Whether in Ukraine or other countries, other property, including land plots and construction in progress, must be declared if the declarant does not have documents confirming income for their acquisition. The most troubling issue is the valuation of such assets. The state requires confirmation of the assets’ monetary value based on the declarant’s costs during the acquisition or an independent assessment. The law does not specify on what date the valuation should be carried out – on the date of purchase of the asset or the date of declaration. We expect the tax department to clarify this issue.

Another question potential declarants ask is how the tax office can find out about real estate abroad? Indeed, real estate registers in most countries allow you to find out the owner only by address. In other words, by knowing the exact address of the property, you can find out its owner. In the reverse order, based on information about the full name, it is possible to find out the presence of assets only by direct court order.

Shares, bonds, corporate rights, and other financial instruments that confirm the right to receive dividends, interest, or other property benefits, including beneficial ownership rights concerning foreign companies, partnerships, funds, trusts, and other structures, are subject to declaration in the absence of confirmed income for their acquisition. To assess the value of such assets, the legislator proposes to proceed from the number of costs for their purchase or nominal value, and for exchange-traded assets – from the public (exchange) value as of the date of declaration.

How much does tranquility/amnesty cost

Ukrainian assets and those transferred to Ukraine for declaration purposes can be amnestied at 5%.

The rate can be reduced to 2.5% if, before filing the declaration, the declarant purchases state bonds for the entire amount of the declared funds with a maturity of more than one year without the right to early redemption.

A one-time fee must be paid in one payment within 30 calendar days from the date of filing the declaration or in installments within three years in three equal installments. In this case, the rate will be 6%, 11.5% (9.5%) and 3%, respectively.

Late payment of the fee entails the cancellation of the amnesty and deprivation of the declarant of state guarantees and release from liability.

In exchange for the disclosure of information, the state promises not to apply criminal prosecution, investigative and operational-search actions in connection with the formation of the source of origin of the amnestied assets for any period preceding January 1, 2021, within the framework of the proceedings under Articles 212, 212-1 of the Criminal Code.

However, state guarantees do not apply to other articles of the Criminal Code, which may become the basis for prosecuting declarants.

The practice of the “northern neighbor” shows that despite state guarantees, officials nevertheless tried to use the data of special declarations as evidence when bringing declarants to justice for other “non-tax” crimes.

Difficulties of implementation – the future of tax transparency

Tax amnesty is a prerequisite and necessary condition for fulfilling the BEPS requirements for implementing tax transparency and the introduction of the Common Standard for the exchange of information on balances in foreign accounts, Common Reported Standards. As in the framework of information exchange, the state guarantees the confidentiality of data received from declarants. Unfortunately, the declarants do not have the tools to control the quality of maintaining this confidentiality. And although the world is moving towards total transparency, the lack of local regulatory measures to control the implementation of legislative norms not only on the part of the taxpayer but also on the part of the state apparatus will «leave all good undertakings» declarative.

The state’s aspirations to fill the budget of Ukraine through taxes and fees are understandable, and the financial and banking system with deposits through the return of assets under the auspices of the tax amnesty. But this does not quite match the wishes of the taxpayers. It is unlikely that a business has the goal of returning assets or funds to Ukraine for investment. There are many other ways to return previously accumulated assets to invest in the Ukrainian economy, which does not require a tax amnesty. An additional obstacle in the implementation of the “amnesty” may be inconsistency between the actions of tax authorities and financial monitoring, namely, the lack of guarantees for the return of funds placed on special accounts.

Therefore, the only reasonable goal may be to determine the starting point for further savings and investment. Tax amnesty is an opportunity to obtain a document stating that the declarant has a certain amount of income and assets to which the state has no claims. This will allow more efficient disposing of the declared amount of funds to place on accounts with foreign banks, purchase real estate, securities, or invest in other businesses and assets. 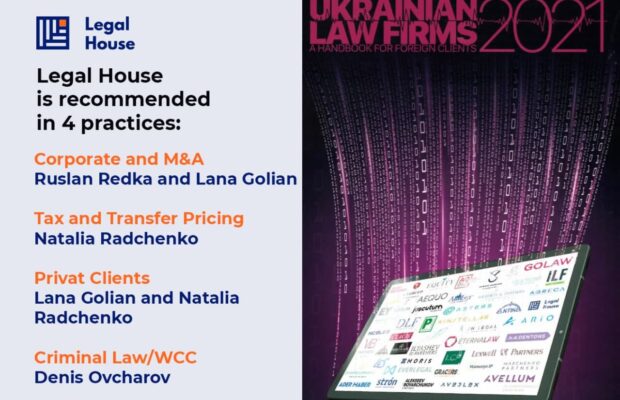