Changes in the legislative field that Ukraine introduced in 2020 impress even experienced tax consultants. They affect not only taxation, but also financial monitoring; will force the beneficiaries of medium and large businesses to review their corporate and tax structures, as well as make adjustments to their personal financial plans. The tax vector chosen by the state is unambiguous – large-scale implementation of BEPS, the struggle against offshore companies, control of the income of business beneficiaries and transparency of tax structures.

Over the past 10 years of existence of the Tax Code, this document has survived 126 editions. The 2020 edition is fully devoted to the integration of the BEPS (BEPS Erosion and Profit Shifting) plan into Ukrainian legislation.

In addition to the tax reform in Ukraine, a revision of rules of double taxation avoidance has begun. The MLI Convention, which entered into force on December 1, 2019, amended a number of passive income tax regulations.

Strengthening cash control and financial monitoring indicate that Ukraine is seriously committed to implementing the OECD and Moneyval recommendations in regulating KYC and AML procedures. From April 2020, AML Compliance will even extend to virtual assets, the definition of which has appeared in the new edition of the Law of Ukraine No. 361-IX On preventing and counteracting to legalization (laundering) of the proceeds of crime, terrorist financing, and financing proliferation of weapons of mass destruction (hereinafter referred to as – the Law on Financial Monitoring).

What tax innovations will affect the segment of private clients?

When planning work with personal income, the tax burden on the source of assets is always taken into account. If the source of income is business, then a set of changes will affect the business structure.

This is a new doctrine for Ukraine, which already successfully works in all EU countries, except Switzerland (at the level of law, but not judicial practice). The Tax Code introduces new rules for all who for a long time withheld from the state the size of their real income and assets.

Given the multiple currency restrictions that business has had to deal with since the 1990s, the use of foreign companies by Ukrainian business was more related not to illegal activities, but to the objective need to “stay afloat” and develop the business, and reluctance to declare it related to with protection from pressure and raiding.

The CFC rules apply to individuals and legal entities, taxpayers who reside or are registered in Ukraine. The Code defines two main criteria: ownership of a foreign company and actual control.

A sign of ownership is a direct or indirect participation in the capital of a foreign company: more than 50% individually or 50% or more in conjunction with other tax residents (in addition, everyone owns a share of at least 25%, and from 2022 – at least 10% of the shares of this company).

Actual control is determined by the totality of rights that a resident of Ukraine has. The right to initiate or veto payments, have access to the company’s bank account management, enter into or agree on contracts, give instructions on company management are sufficient grounds to recognize a person as a controller of a foreign company.

If the tax resident owns or controls a foreign company, he must inform the tax authorities about it, file the reports of the company controlled by him, and, in some cases, pay the income tax of this company according to the submitted reports.

Responsibility for non-compliance with the rules – financial sanctions. For failure to provide information or incorrect data – a fine from 200 thousand UAH to 2 million UAH. In case of tax, you will have to pay 18% income tax, 1.5% levy and a fine of 25% of the amount of obligations for late payment.

In some cases, taxes are not to be paid, for example, if the total income of all the CFCs of one controller does not exceed 2 million euro, or your CFC is a public company that is traded on a recognized exchange.

There is one year left to review the CFC structures, because the forecast date for the entry into force of the CFC standards is January 1, 2021.

Constructive dividends and changes in the “beneficial owner”

Constructive dividends are an additional opportunity for the Tax Inspectorate to find income in the form of dividends from the taxpayer where he did not have it before, for example, when he left the founders.

The new edition of the definition of “beneficial owner” will affect the types of personal income for which Double Taxation Avoidance Agreements are used for passive income such as dividends or royalties.

Changes in the definition of income with a source from Ukraine is another important change that may affect real estate owners in Ukraine. If the change takes effect, then from July 1, 2020, when selling corporate rights / shares of a foreign company, it will be necessary to analyze if 50% of the value of such corporate rights is formed by participation in a legal entity from Ukraine and more than 50% of the value is formed from the value of real estate, then you will have to pay taxes on such transactions in Ukraine and at Ukrainian rates. It is also important to consider that these conditions must coincide at any time within 365 days before the sale of such corporate rights.

Beneficiaries whose income is formed out of the business should take the upcoming changes seriously.

Strengthening of financial monitoring and control functions of banks

At the end of April 2020, an updated edition of the Law on Financial Monitoring enters into force. The key change will be the responsibility of banks and other entities of financial monitoring for violating the requirements of the law. Fines for violations will increase approximately 10 times compared with the old version of the law, and this factor will affect the behavior of banks in the first place. We can safely predict that attention to customer operations will increase. At the same time, the threshold for mandatory financial monitoring will increase from 150 000 UAH up to 400 000 UAH

In addition, the Law specifies the requirements for payment systems on the mandatory identification of their clients, while maintaining “anonymity” is possible if you do not exceed the threshold amount of 30 thousand UAH or its equivalent in foreign currency.

The new edition of the law expands the scope of persons who will be required to report suspicious transactions to their clients, adding tax consultants to the classical audit and accounting companies.

In the coming year, the government plans to complete anti-offshore reform and the finishing touch will be CRS (Common Reporting Standard) – an automatic exchange of financial information.

The first steps have already been taken on this path. At the end of 2019, the President signed the Law on ratification of the FATCA agreement with the United States. The planned changes in the procedure for the disclosure of banking information that will be introduced into the law of Ukraine on banks and banking activities will affect not only the FATCA, but also the general exchange of information with tax purposes.

The segment of private clients expects an amnesty of capital, which should be adopted by the Verkhovna Rada of Ukraine by the end of 2020. Without an amnesty, all of the abovementioned changes will not have the main thing – a reference point. Several options for tax amnesty are already being actively discussed in committees.

And while there is no amnesty, the most correct decision is law-abiding preparation for upcoming changes.

It is necessary to conduct an audit of all foreign companies that are part of the business structure in order to determine which companies are subject to declaration and which are not. Offshore and inactive companies need to be removed from structures

This is especially true for companies with registration in Cyprus, Malta, Jersey, Guernsey, Men, in Gibraltar, Netherlands, Estonia. Since 2020, the AMLD5 Anti-Money Laundering Directive obliges the company to maintain public registries of beneficiaries. It is also required to prepare reports on companies that are subject to declaration. Together with a statement on the existence of a controlled foreign company, it will be necessary to submit a financial report on the results of such a CFC in the reporting year. In the future, on the basis of these reports, the beneficiary must calculate the tax and pay it to the budget of Ukraine, as required.

Do not forget to distribute dividends. Ukraine intends not only to collect information about what foreign companies are owned and controlled by its taxpayers, but also to collect tax on the income of these foreign companies. Now there are two main tax rates – 9% and 18%. Income distributed as dividends from a foreign company subject to taxation at a rate of 9%. At a rate of 18%, retained earnings of the foreign company will be taxed – the so-called conditional distribution of income. Therefore, evaluating the structure in advance, you can choose the rate at which you will need to pay tax in the future.

If the beneficiary is faced with the task of safely owning private capital, it is recommended to consider options for working with trusts and private funds, especially since the tax legislation of Ukraine is still loyal to such structures.

As the world begins to prepare for BEPS 2.0, the Ukrainian segment of private clients will be able to adapt to new civilized working conditions. 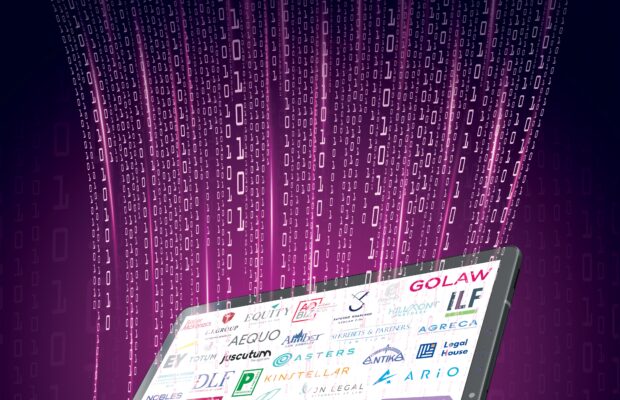